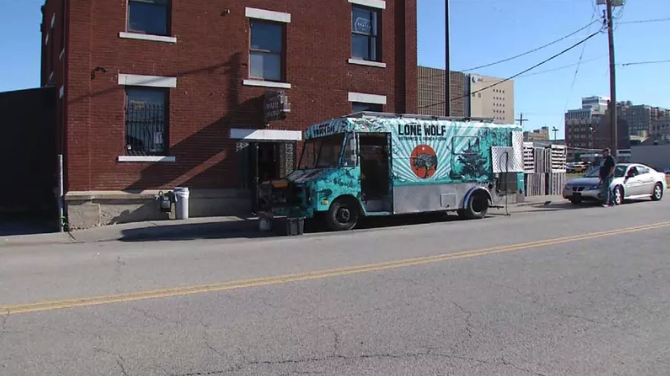 TULSA, Oklahoma – The Brady Arts District is getting another restaurant, and, to many, the name will ring a bell. It’s going to be located in one of the larger historic renovations going on downtown.
Fans of the popular food truck, Lone Wolf, will be excited to hear the owners – Philip Phillips and his wife Danielle – just signed a lease and are set to open a new sit-down restaurant and bar.

The news comes just four months after they opened a midtown takeout location.

“We are family kids, and sometimes it’s really hard to take on those big projects. So we knew we wanted to start off with food trucks so we could really test what Lone Wolf could do and what people, how they would be receptive,” Phillips said.

To say Tulsa has been receptive is a bit of an understatement. The pair has doubled their numbers each year and even made it on a national television show with Lone Wolf.

The restaurant will join other tenants that include a bookstore, chocolate shop and record store in the soon-to-be renovated Archer Building – a $30 million project spearheaded by the George Kaiser Family Foundation.

Phillips said, “Building a place for our kids to have somewhere to go, the thought of having something that cool and that hip is pretty amazing.”

Projects like this take time, but the Phillips said they hope to have the restaurant open in spring or summer of next year.