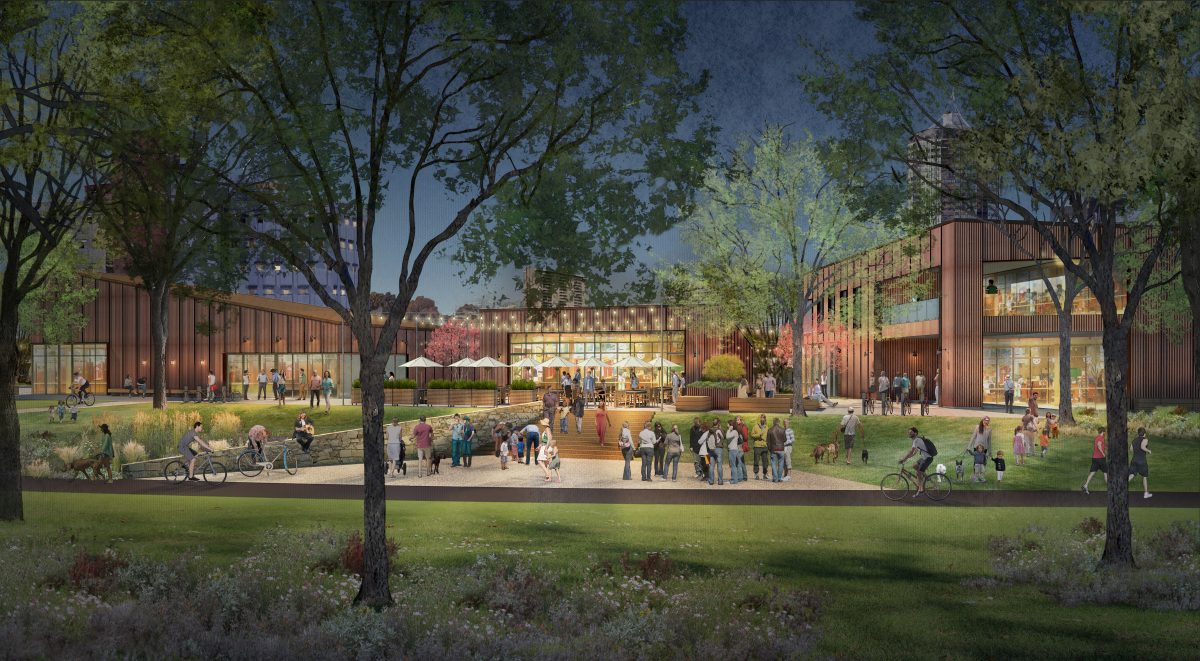 Link to original story in the Tulsa World.

A group of investors is planning to pour about $4 million into The Knoll at Maple Ridge, a proposed restaurant-retail development near 18th Street and Boston Avenue, developer Jack Allen said.

“I’m just in love with 18th and Boston,” said Allen, who fronts the investor group for the roughly 12,000-square-foot development proposed for the parking lot adjacent to the Mercury Lounge, which will remain. “I used to own other parts of it, as well.”

The project will have a large outdoor area that abuts the Midland Valley Trail, which runs through the Gathering Place, located about a mile to the south. “Hopefully, we’ll get it all cleaned up and it will be really cool,” Allen said. “I actually imagine the landscaping looking a lot like the Gathering Place, kind of tying it in, so you can come off the trail.”

Construction on the project is scheduled to begin once Allen lands an anchor tenant, he said. Lilly Architects is designing the project.

Allen is co-owner with Pat Fox of Fox + Allen Realty, which is marketing the property.

The Knoll would sit close to commercial outlets such as Burn Co barbecue and American Solera Brewery.

“There’s a lot of cool things happening on 18th (Street),” Allen said. “I think you’re going to see over the next couple of years a vastly different area, although it’s already perfect because it’s situated between the neighborhoods, the parks and downtown. It’s a great spot.”

Allen envisions a friendly and active vibe for the spot, an “Austin-style” feel, he said.

“If you look at American Solera, look at all the bikes that go to that brewery,” he said. “We’re going to be very, very bike friendly. We want people to come off the trail, but we want people to drive there, too.”