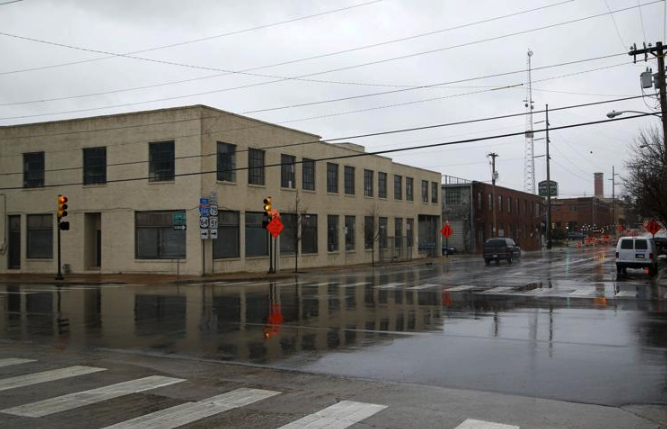 The George Kaiser Family Foundation is about to embark on another major conversion of an underused building in the Brady District.

This time the target is the white warehouse on the north side of Archer Street between Martin Luther King Jr. Boulevard and Detroit Avenue. The $25 million to $30 million renovation of the 72,000-square-foot building will create 14 artist apartments, 35 artist work spaces and eight to 10 retail spaces on the first floor.

Most of the retail spaces have already been rented out, and Stanton Doyle, senior program officer with the foundation, said the tenants include Magic City Books, a bookstore to be operated by the new Tulsa Literary Coalition; Glacier Chocolate and Holy Mountain Records.

Doyle said it’s too soon to identify the rest, although the foundation said the foundation’s aim is to bring new experiences to the area.

“We’re hoping to find local, unique businesses that fill a niche in downtown,” he said.

The foundation wants to continue to reactivate local buildings that are underused, but the Archer development was also motivated by massive interest in the foundation’s new Tulsa Artist Fellowship program, which was started last year, Doyle said.

The foundation’s original goal was to choose 12 fellows and put them into apartments within the foundation’s Universal Ford and Hotel Fox development.

“When we put out the call for applications last year, we got 350 applicants,” Doyle said. “We’ve got a lot of demand for the housing and artist space, and we’re hoping to keep up.”

The apartments and studio spaces in the Archer building will allow the foundation to expand Tulsa Artist Fellowship next year, which is currently accepting applications.

Doyle said that in addition to the existing 12 fellows, Tulsa Artist Fellowship hopes to add between five and 15 visual artists and between five and 15 writers, all of whom will get housing, workspace and a stipend. The foundation will need even more living space than the Archer building can provide.

Conversion of the building will be underway soon, with the apartments targeted for a January 2017 finish date and the retail spaces finished a few months later, he said.

Chris Lilly, head of Chris Lilly Architects, said the firm plans a historic renovation of the building — but that doesn’t mean it’ll look the same as it does now.

“It’s misleading to what the building looked like historically,” he said. “All the original openings have been filled up with masonry, and it’s been painted over.”

The conversion will uncover the plugged openings and remove the paint, and Doyle said they’re hoping to keep any old logos or signs they uncover. The interior will also keep original features such as the concrete support columns.

Lilly said the Archer building was originally constructed in 1926, and expanded multiple times since then. Over the years it’s been used as warehouse space for a range of companies, most recently storage by the building’s current owner, Bank of Oklahoma.

Doyle said the foundation is leasing the building from BOK.

Construction on the foundation’s $16 million Hotel Fox and Universal Ford conversion is wrapping up, with only a few upstairs offices and the Prairie Artisan Ales brew pub left to finish. Doyle estimated the brew pub will open up by April.

The foundation also renovated the Mathews Warehouse and Tulsa Paper Co. building in the Brady District for the Woody Guthrie Center and Philbrook Downtown, among other tenants.