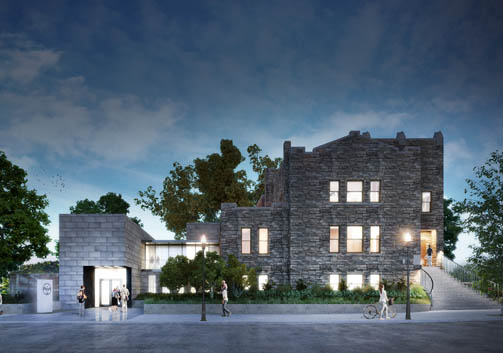 TULSA, Okla. — The Music Cities Convention is bringing its 2022 gathering to Tulsa.

“It really shows the depth of what we have as a state. It’s pretty powerful,” said Chris Lilly, Lilly Architects.

The convention is expected to see global policymakers, music industry professionals, NGOs, academics, brands, and city leaders meet in the city to explore music’s impact and legacy in Tulsa.

“The City of Tulsa is honored to host the eleventh global edition of Music Cities Convention in 2022,” said Tulsa Mayor G.T. Bynum.

Cities’ great content, the gathering of industry professionals from around the globe, and Tulsa’s unique music scene as the backdrop.”

The Tulsa Office of Film, Arts & Culture is hosting the four-day event which includes two convention days and a complimentary music tour of the city featuring staples like Cain’s Ballroom, the BOK Center, The newly renovated Church Studio and the yet-to-be opened Bob Dylan Center.

Chris Lilly is the local architect behind many of the latest venues contributing to Tulsa’s music tourism.

Lilly Architects is behind the Church Studio renovation, the Bob Dylan Center, and the OKPOP Museum.

Principal Architect, Chris Lilly, has been designing performance venues since before the firm was founded in 2013.

Since then, Lilly has gone on to contribute to several cultural projects in Oklahoma.

The convention will bring attention to Tulsa’s already historic and growing music industry.

“Tulsa’s music industry has an economic impact of $335 million,” said Abby Kurin, executive director of the Tulsa Office of Film, Music, Arts, and Culture. “And so we have a five-year road map and so we’re working towards helping grow the resources that Tulsa offers.”

To read more about the Music Cities conference and where it has been before click here.