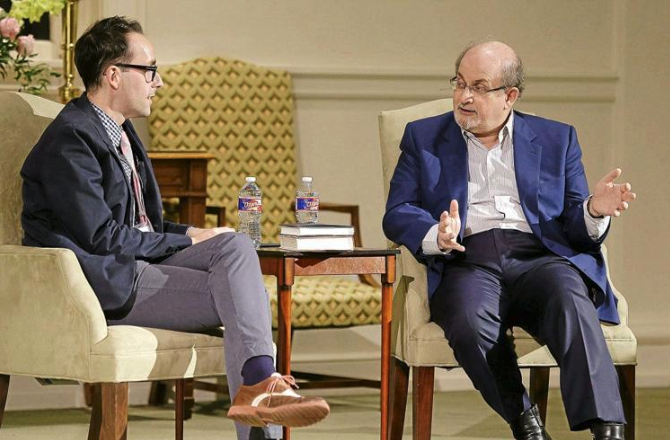 A newly formed nonprofit organization, the Tulsa Literary Coalition, plans to bring the art of literature to the Brady Arts District and beyond.

The coalition will open Magic City Books, an independent book store, on the corner of Archer Street and Detroit Avenue. The store will occupy the anchor position in a building owned by the George Kaiser Family Foundation.

Renovation of the building, to be led by Chris Lilly Architects, will begin soon, with the store itself opening in late 2016 or early 2017.

The completed store will also include a newsstand, a cafe offering light fare, along with coffees, teas, wines and beer, and a meeting room.

Proceeds from Magic City Books will go to fund the Tulsa Literary Coalition, which plans to present and host a variety of literary-related events throughout the city.

The idea for the Tulsa Literary Coalition and Magic City Books is one Cindy Hulsey, director of adult services at the Tulsa City-County Library, and Jeff Martin, founder of BookSmart Tulsa had been discussing for some time.

“We just thought that the time was right,” said Hulsey, who will leave the library in April to be executive director of the Tulsa Literary Coalition. “Then we were given this incredible opportunity through the George Kaiser Family Foundation for the building. They were eager to see a bookstore open in the Brady district. It just seemed as if all the stars were aligning for this to happen.”

Hulsey said the idea of linking the bookstore with the nonprofit was a way of making both entities self-sustainable.

Martin, who also serves as president of the Tulsa Literary Coalition’s board of directors, said Magic City Books will have a “curated inventory” of titles.

“We’re not big enough to have every title available on our shelves,” he said. “This store is a return to the community neighborhood bookstore, where you can really hand-sell books and have the sort of personal interaction that people are wanting.”

Tulsa has not had an independent book store — one offering new books as opposed to used — since Steve’s Sundry, Books and Magazines closed in December 2013.

However, Tulsa has earned a reputation as a “literary city,” due in large to the efforts of BookSmart Tulsa and the Oklahoma Center for Poets and Writers, which Teresa Miller led until October 2015.

These organizations brought to Tulsa a number of leading authors, ranging from David Sedaris to Sir Salman Rushdie and Pat Conroy to Neil Gaiman.

Martin said BookSmart Tulsa will remain a separate entity, although it will host many of its events at Magic City Books.

“Our larger events will be done at venues around the city as before,” Martin said.

Hulsey said one of the coalition’s long-term goals is to establish a literary festival that will be held in the Brady Arts District.

“We will be wanting to bring in a lot of community partners because we want this project to be big,” she said.